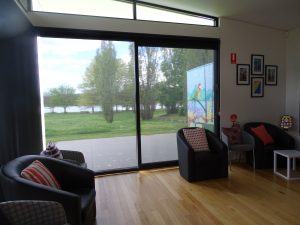 Named because of the stunning views of the Lake Tuggeranong waterfront, the Waterview Lounge is an ideal space for discussion groups – Book Club, Reading Group and Learning Circle.

Housing the Centre’s television, the room is also used by Special Interest Groups, iPad and Android and occasionally by the now ‘in recession’ Film Group.

It is a warm and inviting space during the winter months with a well stocked book shelf for members use. 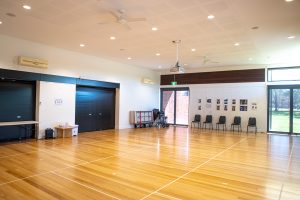 The Founders Library has a new look and the addition of four computer stations heralds the inclusion of an IT Hub to the Club’s Technology arm. The Hub will complement the existing iPad and Android Special Interest Groups and provide the ability to hold short information sessions as well as one-on-one assistance from other entities.

The lockdown period showed that being ‘computer comfortable’ is essential in today’s world. As this Hub is designed for you, our Club members, its program should be driven by you. What do YOU want to know more about in this growing digital world; staying safe online, video chat applications, online banking, etc.

Contact the Club Office either in person, phone, 6293 4004 or by email:  [email protected] and let US know what YOU would like to know more about. 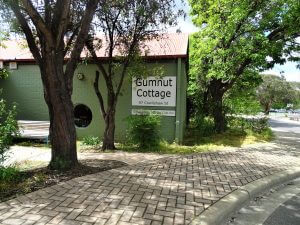 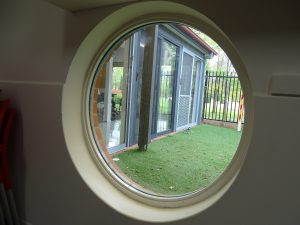 Beginning its life as a Childcare Centre, the building did a full circle in 2018 when the Club took over the vacated building.   After some ‘age appropriate’ modifications, the building provided the extra room that the Club was beginning to need.

Although not quite as modern as the Seniors Centre, the building has a charm of its own especially with the round windows which are placed at ‘little people’s’ height.    It was decided to keep the play equipment which has already had a workout from an Easter family friendly Club gathering.

The Cottage has become primarily the Games and Craft Hub.  Bolivia, Bridge, Mahjong, Cribbage and 500 Cards play each week and the Knit n Knatter and Crafty Corner groups hold their meetings there as well.

The name ‘Gumnut Cottage’ was chosen for the ex-Childcare Centre from the variety of names suggested by Club members and was submitted by one of the Club’s founding members, Carlene Lockyer: ‘May’s (Gibbs) first book published in December 1916 was written about inquisitive Gumnut Babies in the Australian bush (capital?).  As the building was used for children who are inquisitive and now will be used by older people who are also inquisitive and still want to learn, I thought the name was appropriate.’